From May 30th-June 4th, 2016, Jason presented a paper at the Society for the Study of Architecture in Canada annual conference in Regina, Saskatchewan. The paper, titled “Towards an Architecture of Métis Resistance: The Evolving Tectonic and Spatial Orders of a Saskatchewan Vernacular,” was co-authored by David Fortin, Jason Surkan and Dani Kastelein. The paper focused a method of home construction unique to the Métis families of the St. Laurent district in Saskatchewan. During the 1870s many Métis hunters and winterers established new agricultural homesteads in the St. Laurent region of Saskatchewan The area’s recognition as a centre for Métis culture in Canada is today largely linked to the 1885 conflict with the Canadian government near Batoche, yet this is also one of the locations where the Métis clearly exhibited a distinct ‘conceptual order’ of habitation according to archeological research led by David Burley during the 1980s. Though originally interested in the shift to a pastoral lifestyle that occurred in the region during this period, Burley’s research concluded that a Métis vernacular architecture existed with significant implications for understanding “the concepts by which Métis ethnicity can be defined and identified.”

This essay will be published in an upcoming issue of Ste Magazine (http://www.thesitemagazine.com) focusing on Vernacular.

Feedback from the audience was favourable with many people curious about this research as there is a lack of information related to Métis architectural discourse in Canada. The similarities between the Lee residence (Saskatchewan) and Muskeg home (Alberta) received special interest. These two contemporary homes are geographically far away, however share many common architectural elements and have some similar elements to the 19th century folk home.

As part of the conference, Jason was also able to visit Moose Jaw and Gravelbourg. A day trip was organized from Regina and was well attended. These sample images from the trip are from the SSAC’s Flickr Page. 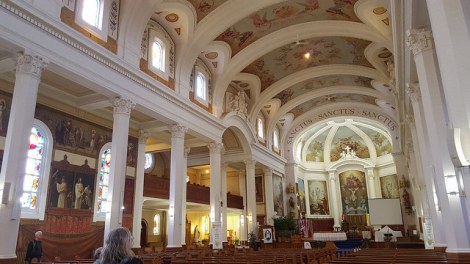