Tiffany Shaw-Collinge was born in Calgary and raised in Edmonton. She has always maintained close ties with the Fort McMurray area where her mother was raised and where her ancestors led a traditional Métis lifestyle. It was through her art and design education that Shaw-Collinge found profound inspiration in her Métis heritage and this has become central to her fledgling career as a designer. Regarding her studies at the Nova Scotia College of Art and Design in Halifax, she explains,

Halifax was an entirely different place than Alberta, where I was raised. I loved the sense of history and heritage that seemed to be celebrated in the province. I attended NSCAD at a young age, which allowed me to question if my ideals were native to Alberta or if I actually felt them myself. Regionalism became intensely fascinating to me and I explored those themes in school through film, sound, painting and video work. (1)

Following her Bachelor of Fine Arts, Shaw-Collinge went to Los Angeles, California, to pursue a Master’s Degree in Architecture at the Southern California Institute of Architecture (SCI-Arc) where her artistic interests soon translated into architectural explorations. She notes that knitting, crocheting, and sewing are all skills passed down through her maternal ancestors and she continues to pursue them in her life as a continuum in this tradition. In one of her early school projects at SCI-Arc, for example, the knit stitch formed the foundation for a formal exploration that led to her design of a recreation centre for downtown Los Angeles. 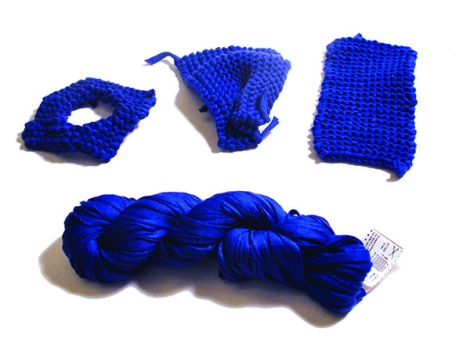 Using the knit stich provided an opportunity to combine directional types (horizontal, vertical, differential) with geometry types (line, volume, surface) in an articulated way. The material application of yarn allowed for a cellular and linear distributed system to occur due to the pulling and curving of the plane. By referencing knitting diagrams digitally the geometry of a planar surface moved from a symmetrical composition to a torque and sculpted surface that provided diverse programmatic elements. (2) 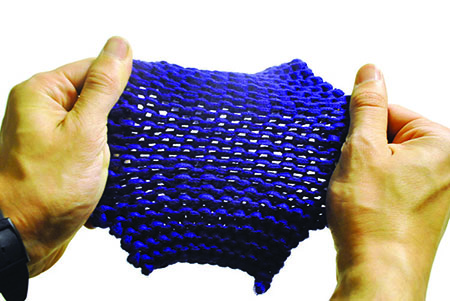 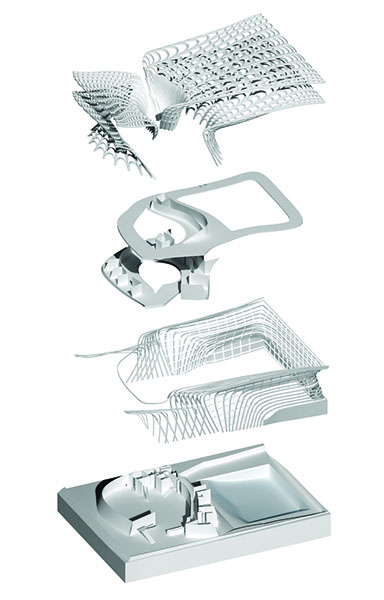 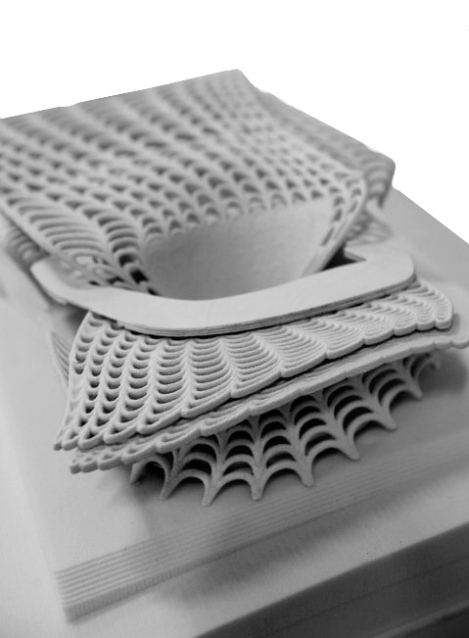 In a more overtly “Métis” exploration, Shaw-Collinge’s design for the 2012 Venice Biennale was selected for Canada’s “Migrating Landscapes” contribution to the prestigious exhibition in Itlay. For this project, she combined the knitting and crocheting techniques learned from her mother and grandmother to model the trap line cabin of her great grandfather, Jean Paulin. Two other models, made from deer hide and cable ties offered other material expressions of the cabin. 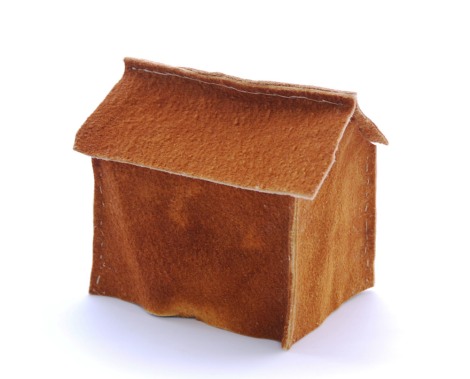 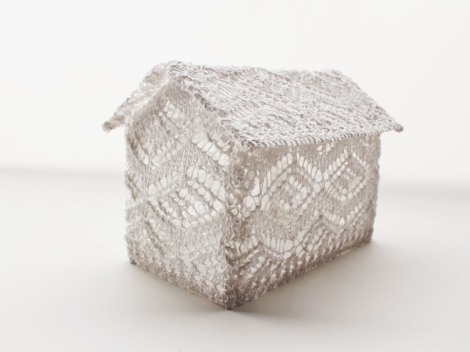 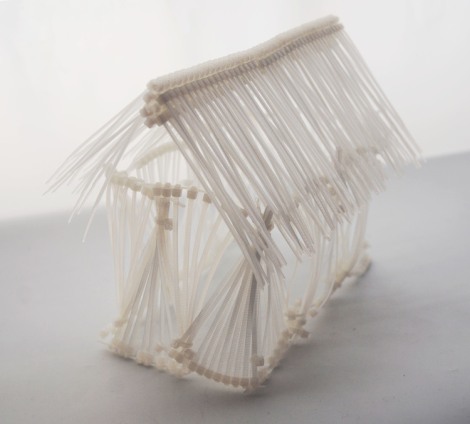 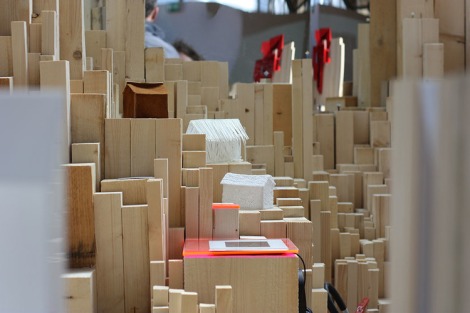 In another project, Shaw-Collinge explores a hybrid arch-igloo structure that could provide warmth for nomadic shelter in Edmonton. The hybrid becomes a theme that blends indigenous and western construction types into an innovative solution. Shaw-Collinge’s work exhibits a relentless search to explore and reconcile gaps between traditional and emerging technologies and cultural and universal territories, the same gaps that can be effortlessly linked to the history and future of Métis people in Canada. A critical awareness of her Métis identity has nurtured a fledgling design quest that does not “brand” itself as Métis, but instead embodies a new generation of optimism through such Métis-related design discussions (for example, she is currently a core member of the Ociciwan Contemporary Art Collective, a curatorial group aiming to promote contemporary Indigenous art). Though the work above is not politically invested in terms of making an overtly aboriginal statement, it rather foregrounds aboriginal values and principles through design process. Such examples surely confirm that a Métis design process exists and is already gaining traction in its impact on Canadian design topics.

One response to “Conversations: Tiffany Shaw-Collinge”